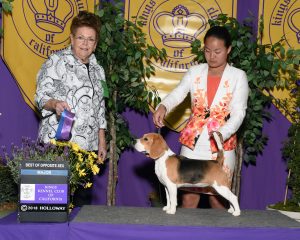 Our newest AKC Champion is CH AWOL FIGMENT OF YOUR IMAGINATION    “Figgy”.
Figgy is pictured taking a major win at Kings Kennel Club of California under judge Ms Denny Mounce. We want to thank handler Brittany Lusk for showing our pretty 13″ girl.  It didn’t take Figgy any time at all to get all the wins needed for her AKC Championship.  Figgy is now working on her Grand Champion titles. 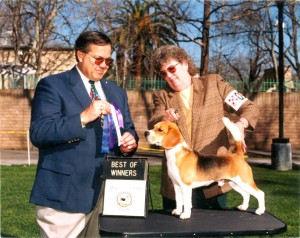 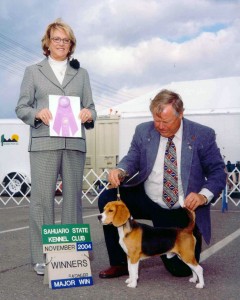 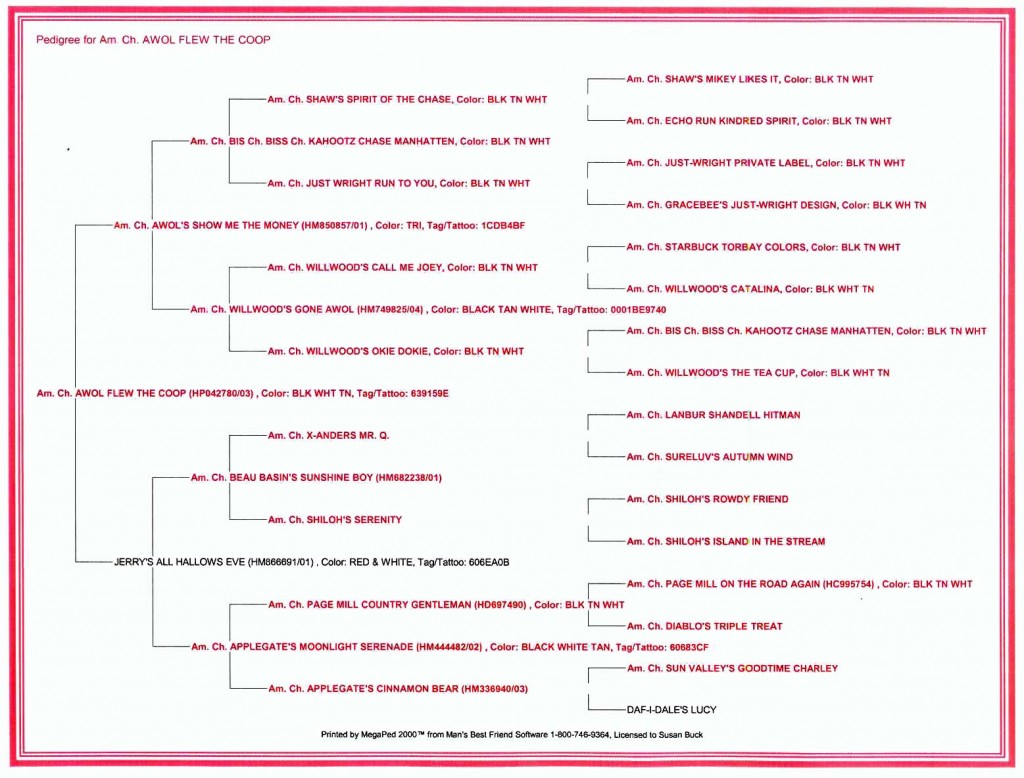 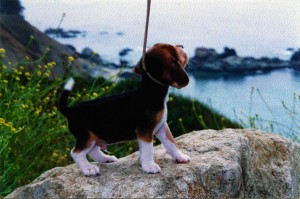 The years have flown by and Jerry has been busy chasing bunnies and being a pet.

He has sired several litters and now that those “babies” are earning their championships it became time to put my man back into the show ring.

Jerry finished his championship out of the 13″ classes at 6 years 5 months of age.

We hear that Jerry is the 65th Champion for Ben his sire, the top winning 13″ Beagle, (CH KAHOOTZ CHASE MANHATTAN). 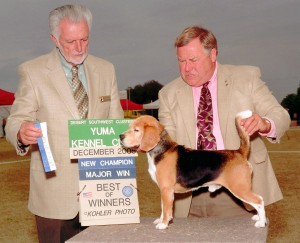 I believe I also own Ben’s first champion, CH WILLWOOD TOAST OF MANHATTAN.

Pedigree of CH AWOL’S SHOW ME THE MONEY 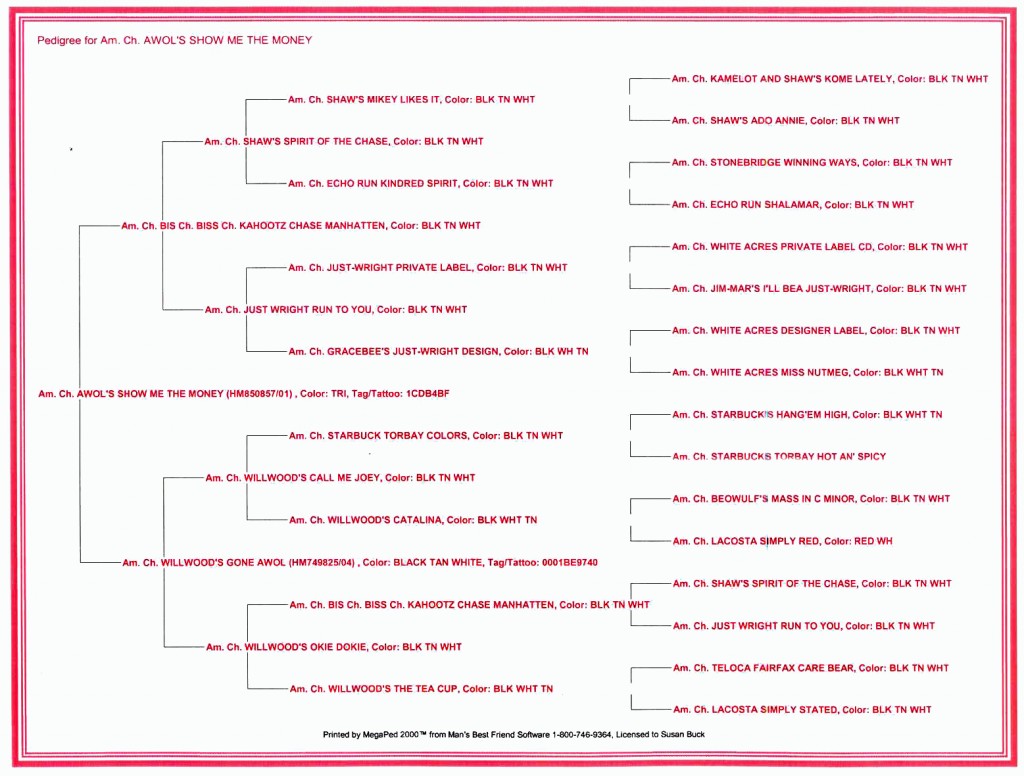 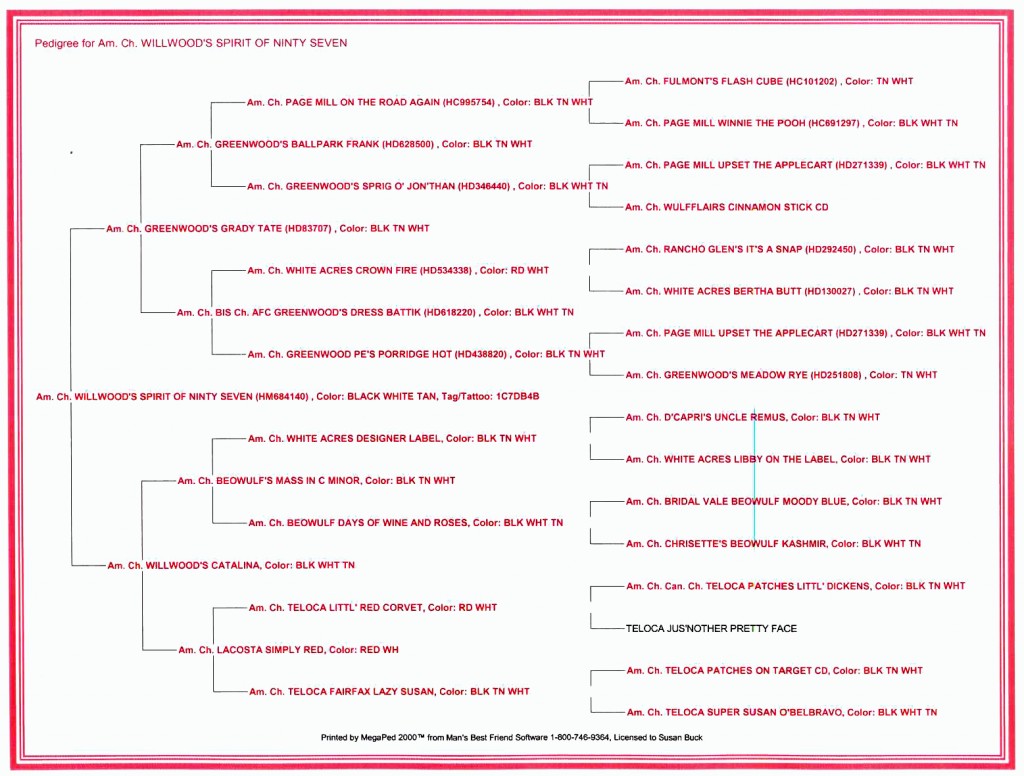 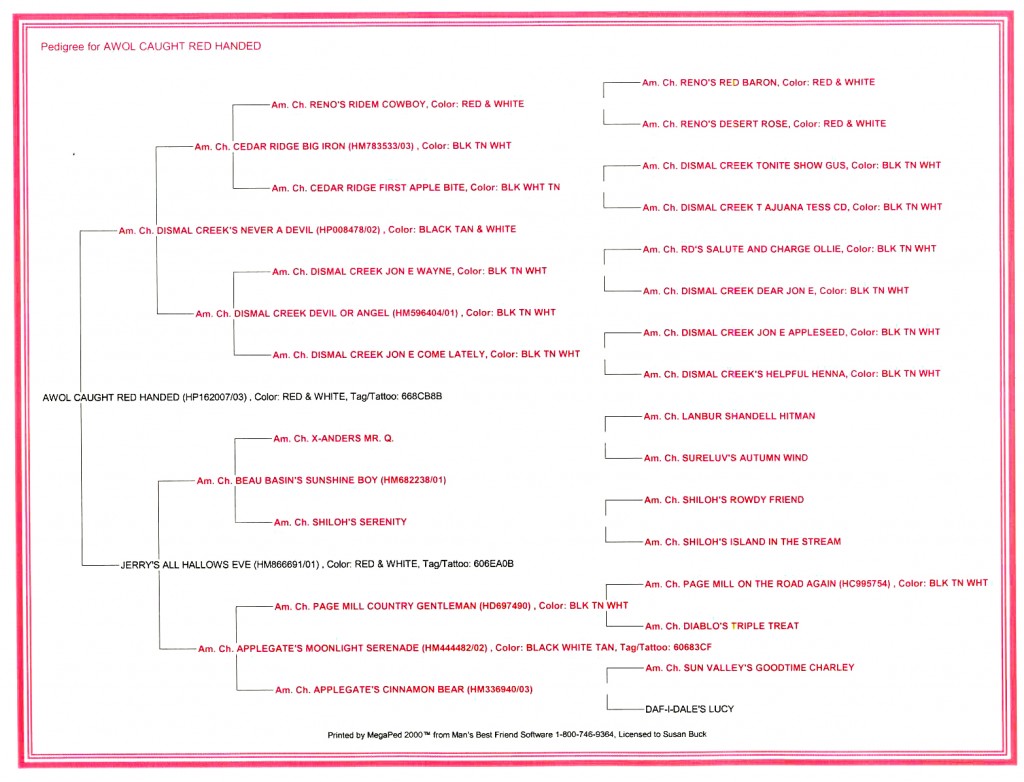 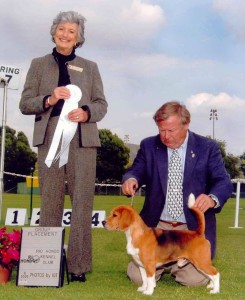 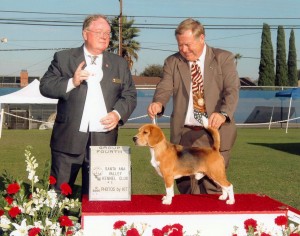 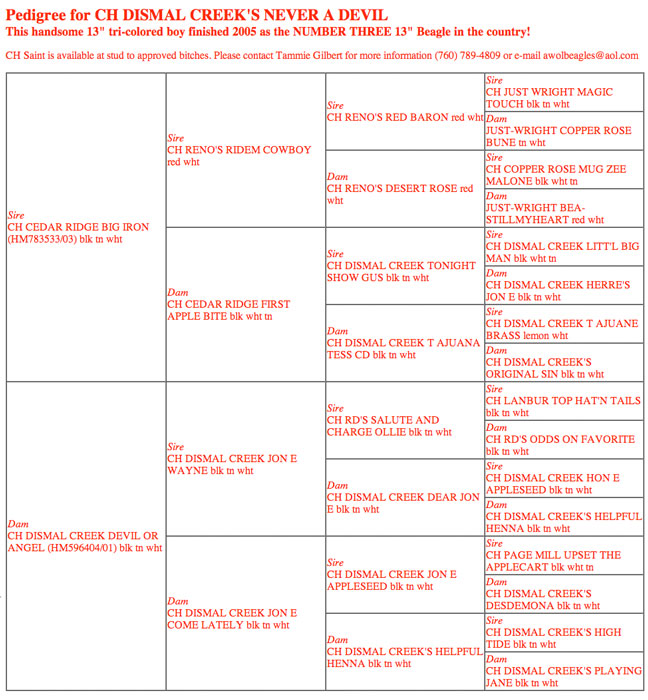 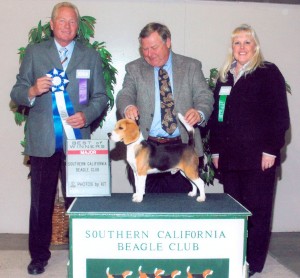 Samson is a tri-colred 13″ Beagle. CH AWOL SAMSON DE ALISO finished his championship quickly and is currently out at the shows adding Best of Variety wins to his record. 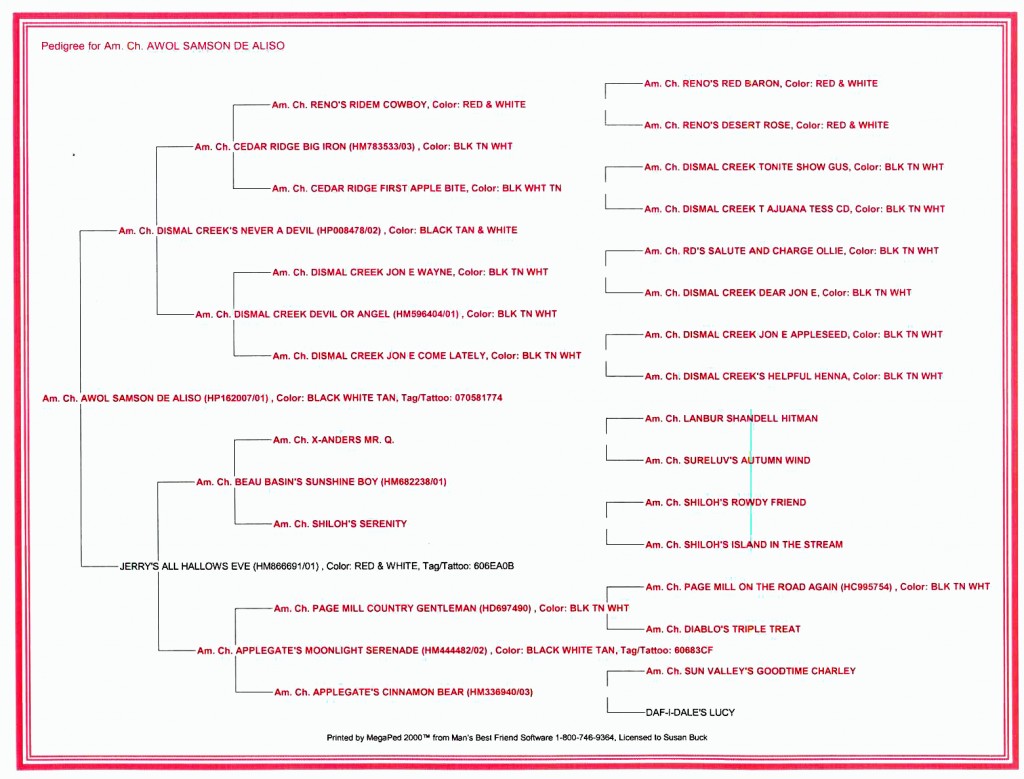